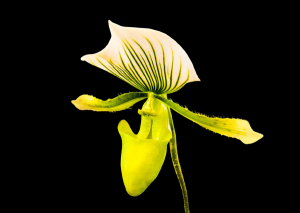 Orchid, as you do not know it

Every single flower is beautiful, exceptional, unique and deserves our attention. However, there are species of flowers that are considered rare in our region. These include, for example, the orchid, which is exceptional in its color, its diverse shape and its place of growth. We have unclosed a mysterious rust and we present to you the orchid – the plant of the rich, which has been considered for many years.

Orchid is one of the richest species. Known are up to 30,000 species and new scientists are still discovering. It has been here since the time of the dinosaurs and has long been considered a plant of the rich, since its reproduction is demanding and has to be imported from abroad.

You are not only attracted to your beauty and uniqueness, but also to its diversity. The orchid grows in different parts of the world in different places – on rocks, trees, and even some species underground. It’s almost everywhere except Antarctica. Some species do not even have the problem of the Russian tundra and the tall Himalayas.

All of them are special, but some will take your breath away. The Bulbophyllum nocturnum is growing in the rainforests of 240 m nm on the island of New Britain. Its flowers are blooming at night, and they die in the morning. It is polluted by insects that are active only at night. Dracula simia, which grows between Peru and Ecuador, deserves attention. Her orange flavor is not the only one that makes you feel sorry. The bloom is clearly seen as a monkey. The Australian orchid Caleana Major looks like a duck. In addition to beautiful colors, it also has a distinctive scent. Orchis Italica, coming from the Mediterranean, will remind you of a revealed man.

They grow underground too

The orchid Rhizanthella, is also one of the sweetest. This unusual beauty can be found in Australia in sandy soils. In order to survive, she needs to live in symbiosis with Thoratephorus Gardner, a mycorrhizal fungus, who lives in the Melaleuc cry. Almost all his life lives under the ground. Only the flower that needs to be baked over the surface. The orchid draws on the orchid, but also the fungus with which she lives in the symbiosis.

Thailand is the orchid landscape that exports them to the whole world. You will find more than a thousand species. They also sell different kinds of other flowers, and local flowers are literally loving. They sell them on scales, in bouquets or in outdoors. In Thailand, many people live in just cultivating and selling flowers. There are huge orchid farms with colorful creations from the fiction of the world. Nearly every visitor who visits Thailand carries an orchid. Beware, however, of wild orchids in nature. Their tearing is forbidden!

Many people do not know Vanilla Planifolia is also an orchid. But it is the only orchid that produces edible fruits. It belongs to more demanding species and its quality depends on many factors. Its pollination is particularly difficult because it only blooms for a few hours. So the vanilla plantations are polished manually.